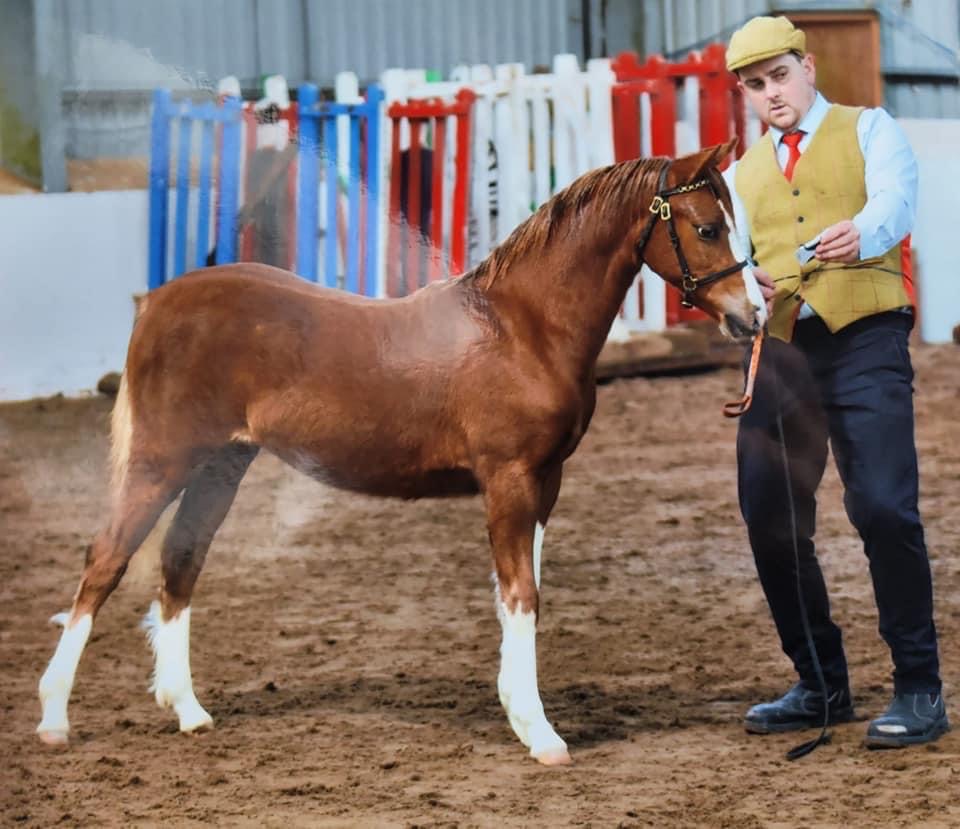 When I pick horses I have a strong belief to select the ones who have a very strong motherline.  In this case, the mother of Janpete Spring Rose is Cadlanvalley Venus – and Venus has FOUR offsprings who has won Royal Welsh! That feels like just the qualities we want in our future foundation broodmares, and as many of you know we love our Cadlanvalley bloodlines. We are also very happy to have a Janpete breeding in the stud. Janpete Spring Rose’s full sister Janpete Golden Savannah (Cadlanvalley Masterclass, Cadlanvalley Venus) is already a champion and medal winner, so we have high hopes for our beautiful filly foal!

We are very excited to include this beautiful filly in our breeding program as she herself is already a champion when she became foal champion at Ynys Môn Welsh Pony & Cob Association.