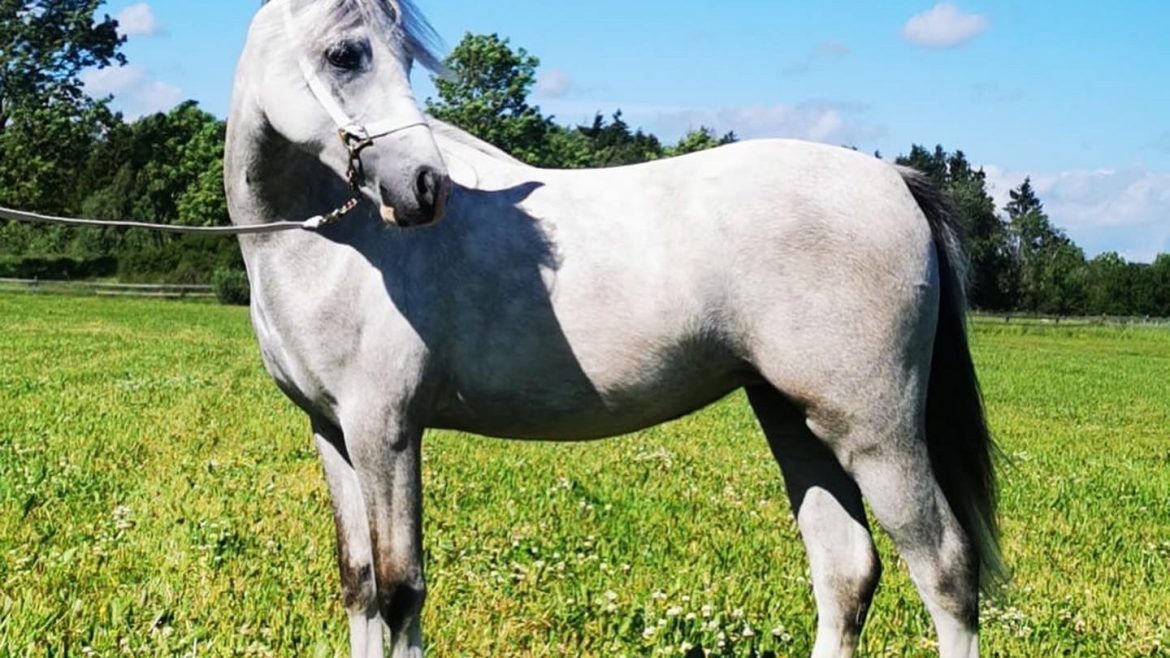 She is born palomino with beautiful white markings, and is going grey. Even though we planned on retaining her we have decided to see if the right 5 star show home comes along that can focus on showing her abroad.

She is very sweet, friendly and easy to handle, and would excel in any disciplines or as a future brood mare. We have high hopes for her as a show prospect, since she is very correct in her legs as well as being of a very good type.

Vaiana always comes first and says hello in the field, and wants to follow us around, so we are not selling her because we want to part with her but to get the stud name out in Europe.

Her pedigree is filled to the rim with Royal Welsh Winners and champions, and her mother Sunwillow Venus did very well in the showring herself.

Her father Sunwillow Paris was produced by Colin Tibbey as a yearling, winning many firsts including 1st and Yearling Champion at the Midland In-Hand show, 1st at The Royal of England and Lincoln Agricultural Show.

Vaiana got 42 p and became 3rd Best of Breed on her first show at Salsta in Eskilstuna!