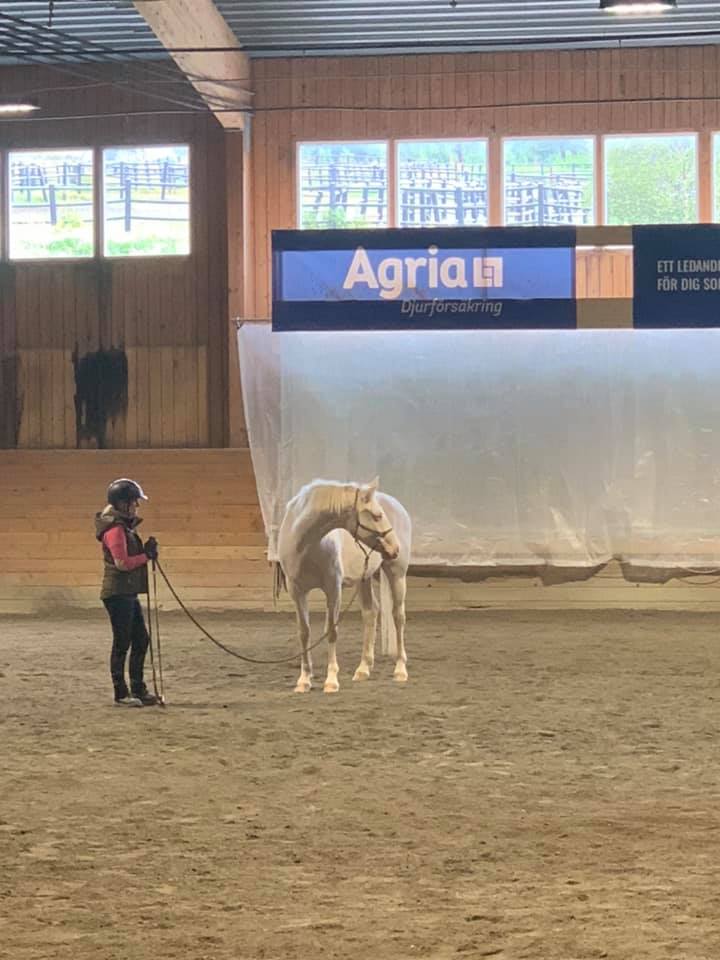 “Margharita”, as she is called, was born 2018 and we had the privilige to buy her mother from Falkenhorst stud in Germany. She is an elven horse, very magical and special in every sense of the word!

Margharita is a very special mare to us, who we have owned since she was a foal. She is completely unafraid of everything in her environment, and is the one who takes life as it comes. Being very much aware of herself and her place in the family.

Her father Milky Way GF is a Dutch approved and German approved stallion. Milky Way’s sire, the stallion Mascarpone GF, was the first ever Cremello Warmblood stallion that got a license for Warmblood breeding. He unfortunately died much too young but left many premium awarded offspring that have all inherited his wonderful character, outstanding and elastic movement and great jumping ability.

Milky Way’s dam competed successfully in dressage and jumping to the M level. She retired from competition at age of 10 and we could finally purchase her and use her as broodmare. She only produced premium awarded foals.

Her mother Meringue is by the stallion Win the Gold, who offers his rider all the attributes of an athlete, strong nerves, superb paces, plenty of will to work and a massive natural Jump.

Win the Gold is by WhiteMagic, who was the convincing winner of his stallion test, carries the high carat Dressage blood of Weltmeyer and Bolero, and successful competitor to Intermediare under Holga Finken before he sadly passed on much too soon in 2000. White Magic leaves a legacy of several top scoring mares, and with “Win the Gold” his first approved son. White Magic placed third at the Top Ten dressage producer list of the German FN 2001.

The sire of Win the Gold’s dam, the massive mover “Los Alamos” was the reserve champion of the Holsteiner Approval in 1990 and has so far produced a number of top level Jumping Horses. The dam herself is the half sister of the approved stallion “Color of Fun”.

Further back in his fourth generation we find more impressive competition blood, via the Hannoverian Perseus, son of the legendary Perser xx.

We are looking forward to see what her future will bring the stud.

Margharita has been trained and ridden in 2021 by Emma & Didrik Söderholm.